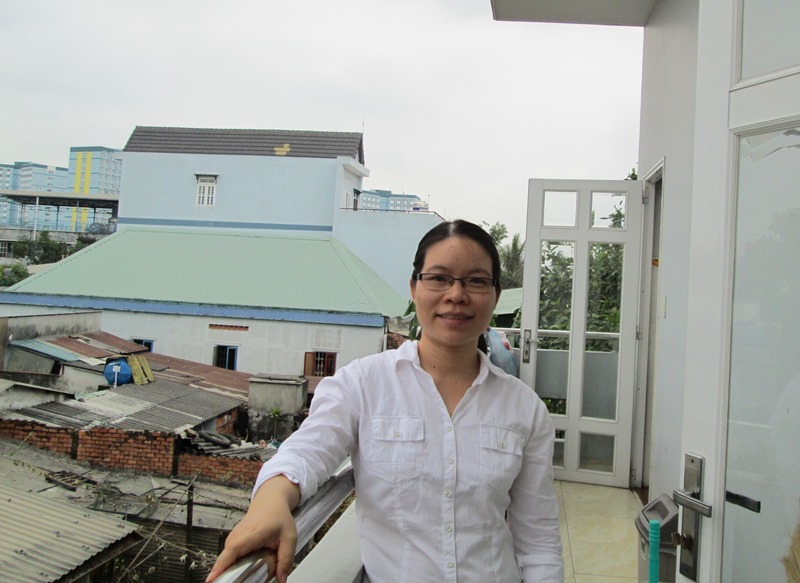 FIRST LITTLE SISTER OF THE ASSUMPTION FROM VIETNAM

I was born in 1980, in a Christian family, in Central Viet Nam, on the coast…

My mother died quickly after an illness. My dad was 37 years old, my older sister was 15, and I was 2. I am the last of five girls. I am proud of my dad who educated us by playing two very important roles in the family: mom and dad.

After graduating from high school, I asked my dad for permission to continue my studies in Saigon. I was sad to leave him.

Saigon is a big city with many problems… I discovered children there in the street. I remember very well meeting them, coming back from my evening classes, they were violent among themselves; I felt a climate of insecurity.

These children had not received any education from their parents who were themselves experiencing multiple difficulties: the economic crisis had made them migrate to Saigon to find work, where there was then an identity crisis and a morality crisis…

In Father Bosco’s homes, where I was staying, I had catechism classes with a nun. My faith was deepening. Little by little I wanted to consecrate my life to the Lord; I looked for a congregation that could correspond to my desire to give myself for the poor.

Two congregations came to the homes to introduce themselves. I was touched by the Little Sisters of the Assumption (LSA) because they work in poor neighbourhoods; they are simple to be close to people. I chose this congregation and trusted the Lord.

In 2006 I went to France for my training in religious life… I was the first Vietnamese woman to go to the LSAs. I am happy to have been able to have this experience and live this adventure alone. I was trained as an aspirant and then as a postulant in the community of Vaulx-en-Velin. By sharing the daily life of the community and what was in my heart with Sister Marie-Claude, I grew day after day….

In 2008 I entered the novitiate; I loved this time very much: deepening the knowledge of the founders, the meaning of religious life; having long periods of prayer; Nathalie, mistress of novices, helped me a lot in my spiritual life. This step passed quickly. During the second year I did two apostolic internships at l’Arche” with the handicapped and on the boat “I serve” with families in great difficulty.

In 2010 I arrived in the Vitry community after my first vows. I studied two years at the Catholic Institute, and at the same time I volunteered with the  Brothers of the Poor. At Charles Foix Hospital, I discovered the reality of the total dependence of the elderly and isolated people who end their lives there, an end of life softened by the daily and attentive care of the nurses.

I was very touched by these elders at this new stage of life: old age, with its share of loneliness and health problems. I loved them very much. They were for me faces of God.

In September 2012 I was sent to Vietnam with four other sisters to found a community in Di An, in a working-class neighbourhood 17 kilometres north of Saigon.

There I start by following a training to be a teacher of young children. At the same time I discover our nursery school. The community entrusts me with the mission of following the school’s progress. With the director I prepare the meetings for the mistresses, the parents… Through the welcoming of the children of working parents, poor or in distress, we show our choice to live as Little Sisters of the Assumption.

Our neighbourhood is a neighbourhood of factories. Workers come from all provinces of Vietnam to find decent work to feed their families. Wages are not always sufficient and both parents have to work to provide housing, food and schooling for the children. In this context, the nursery school has a very important role to play.

I am happy to find here a new way of living the Charism of the Congregation in the service of families in difficulty and to be able to witness to God’s Love with us.