Discover how the little sisters were born

Our Congregation was founded in 1865 in France at the beginning
of industrialization, by Fr. Etienne Pernet, Assumptionist, and Antoinette Fage, with the aim of
“procuring the Glory of God by the salvation of the poor”

Etienne Pernet and Antoinette Fage who were possessed by Christ and a love for the poor, are the foundation which the Congregation of the Little Sisters of the Assumption rests

An encounter and a mission

In France, the 19th century saw the beginning of industrialization. This economic and industrial development took place in a manner that was harmful to human lives. The working-class population increased in the cities and this concentration of people brought about poverty and misery.
It was in such a changing city that an encounter took place in 1864 between two people who were gripped by concern for the very poor : Etienne PERNET and Antoinette FAGE. This encounter was to be decisive for the foundation of a religious congregation with a special mission among the poor, the workers and their families. 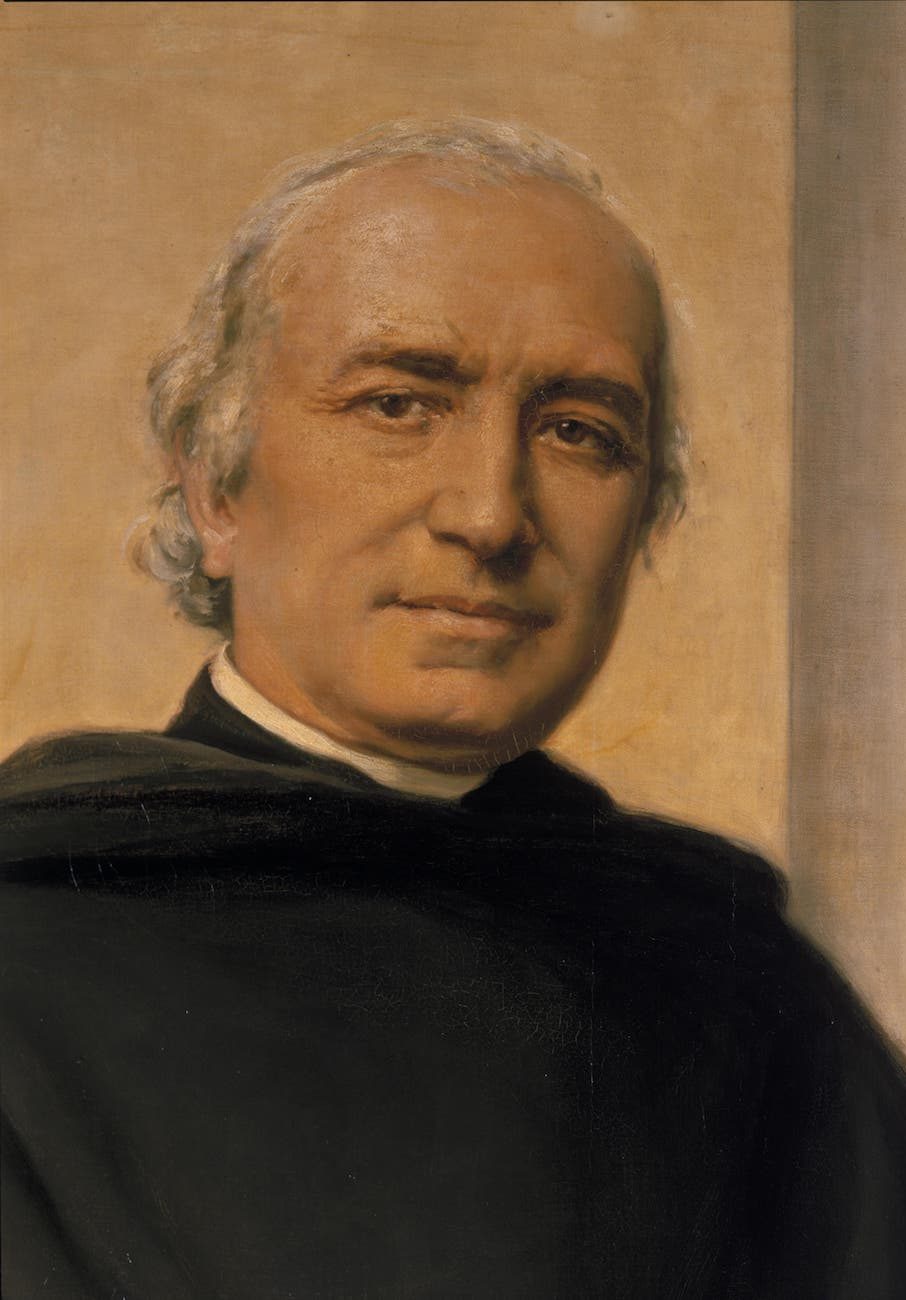 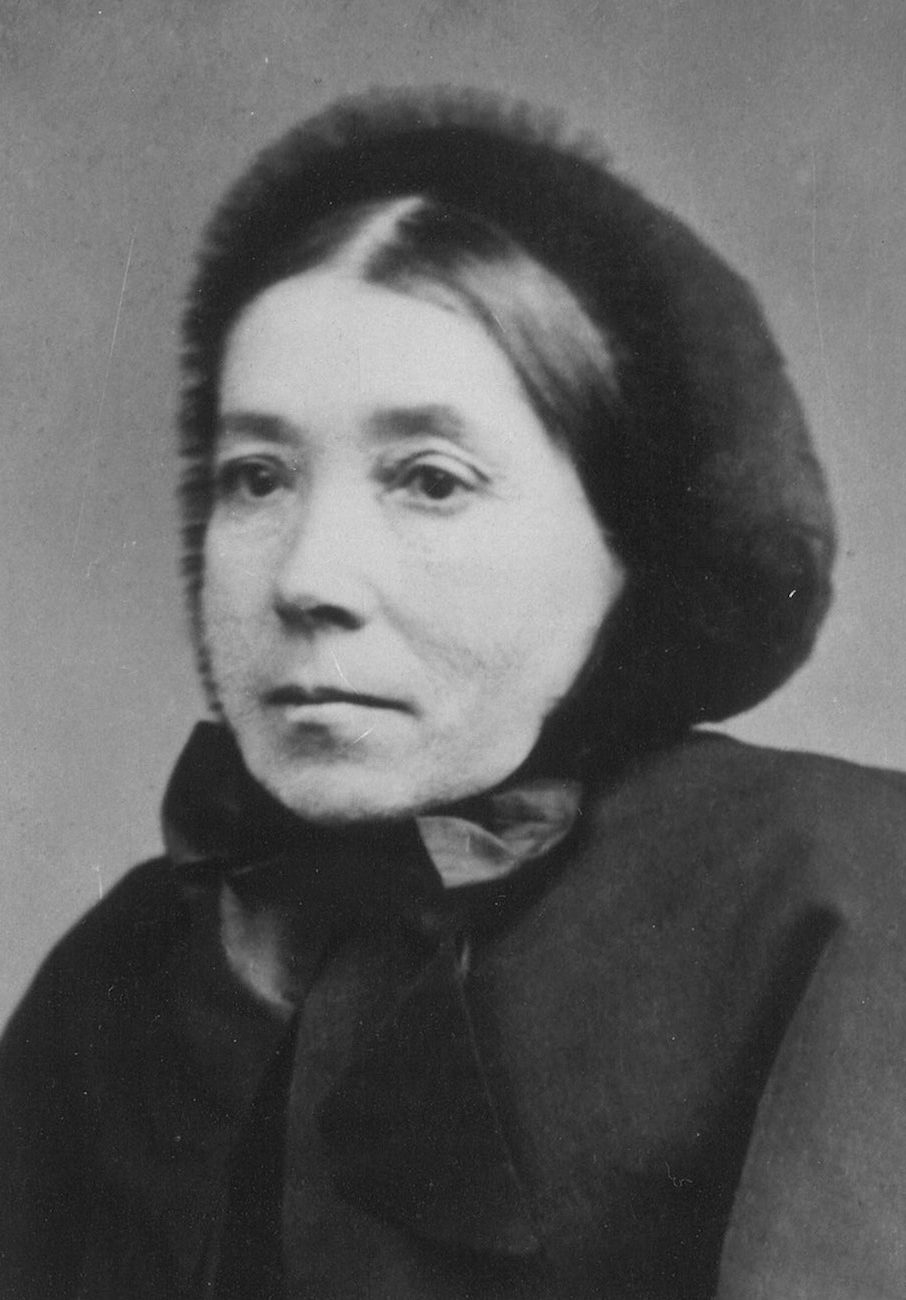 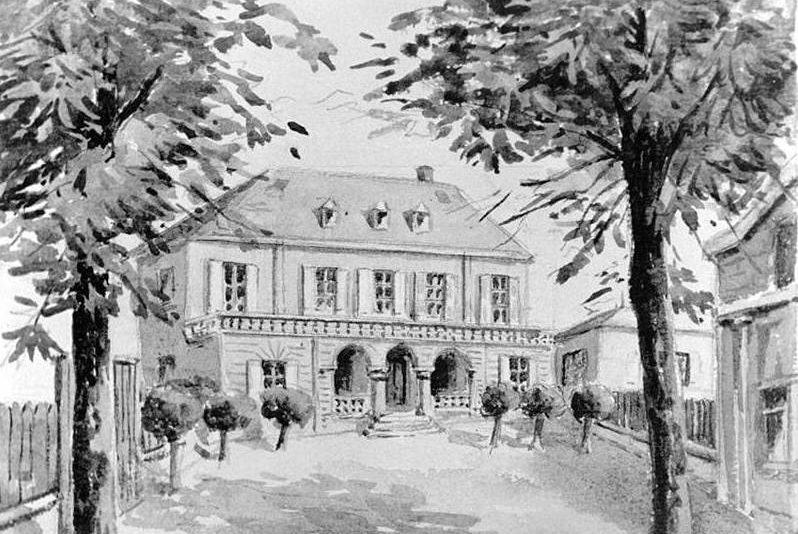 First house of the congregation

God’s ways seem impenetrable. Neither their origins nor their vocations destined Claude Étienne Pernet and Antoinette Fage to meet each other.

However, from the complementarity of these two passionate about Jesus and the poor was born a Congregation today a discreet face of compassion and evangelization on the 5 continents.

The journey of Etienne

Etienne Pernet came from a rural Christian family in Franche-Comté. His father, who worked in the fields and later in the iron mines, died young – Etienne was 14 years old. From then on, the family gradually sank into poverty. Etienne was very young when he felt the call to become a priest. He was supported in this project by his parish priest.

However, at the age of twenty, he left the seminary, feeling that he was unworthy of this ministry. He was then employed as tutor in families of
Franche-Comté before migrating to Paris. Still anxious to know what God wanted of him he used to go every day to the church of Our Lady of Victories where he asked continually: ‘My God, what do you want me to do?’ Thanks to Mother Marie Eugénie Milleret, foundress of the Religious of the Assumption, he came to know Father d’Alzon, founder of the Augustinians of the Assumption first religious of that Congregation in 1849 .

In Nîmes and then in Paris he was given the tasks of teacher, supervisor or treasurer.Over a period of fourteen years his life was marked by suffering and the search for his path.
He felt poor, weak and powerless, while at the same time being the object of the tenderness of God to whom he abandoned himself. This experience of great fragility prepared him, silently, to become the humble servant whom the
Lord needed for His mission with the workers’ families, exiled in the industrial cities; they felt helpless there having lost the references of the rural society from which most of them came.

The major part of the mission that God confided to him had to be invented: the foundation and rooting of the Congregation which, with Antoinette Fage leading it, was to be the practical development of his intuition 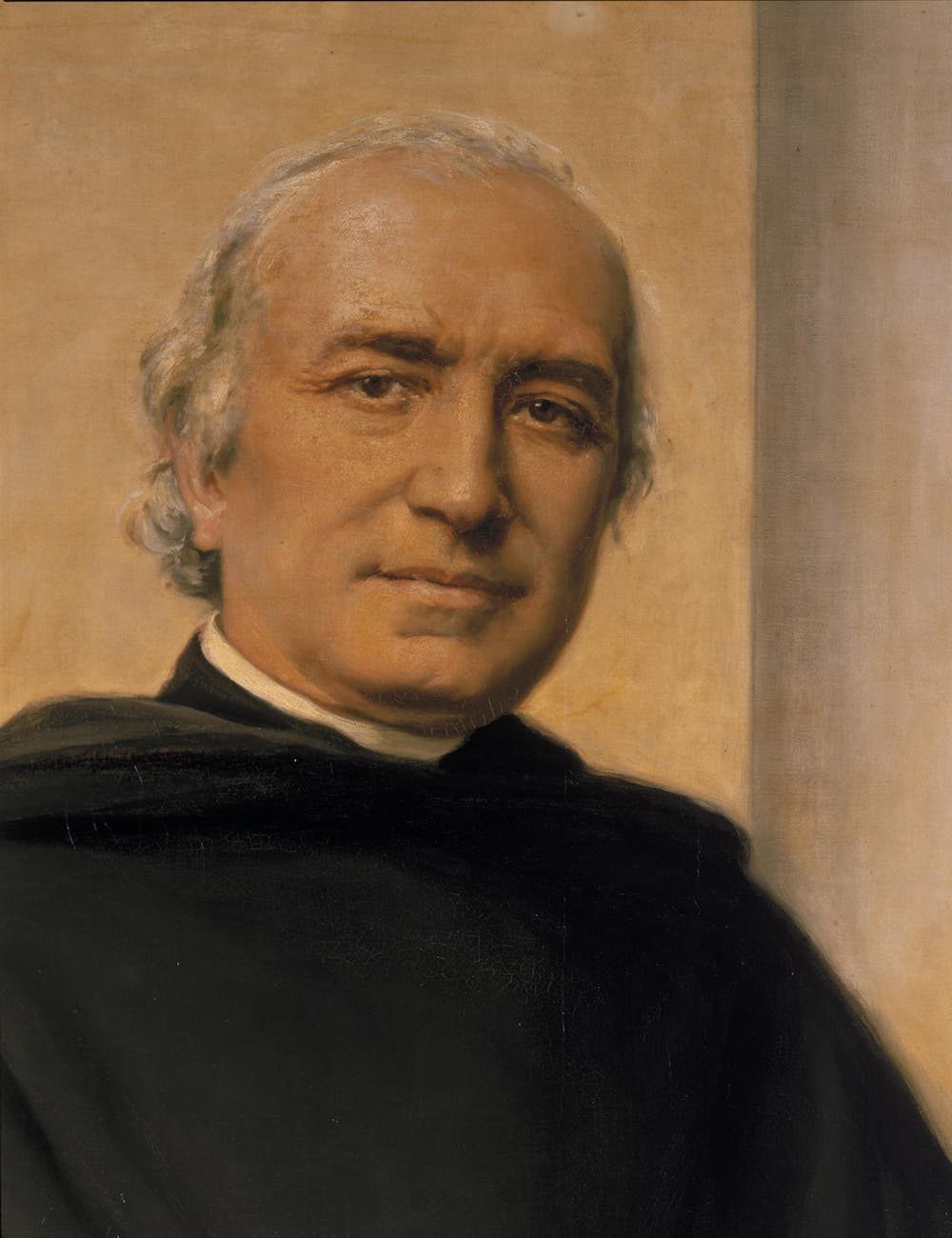 The journey of Antoinette 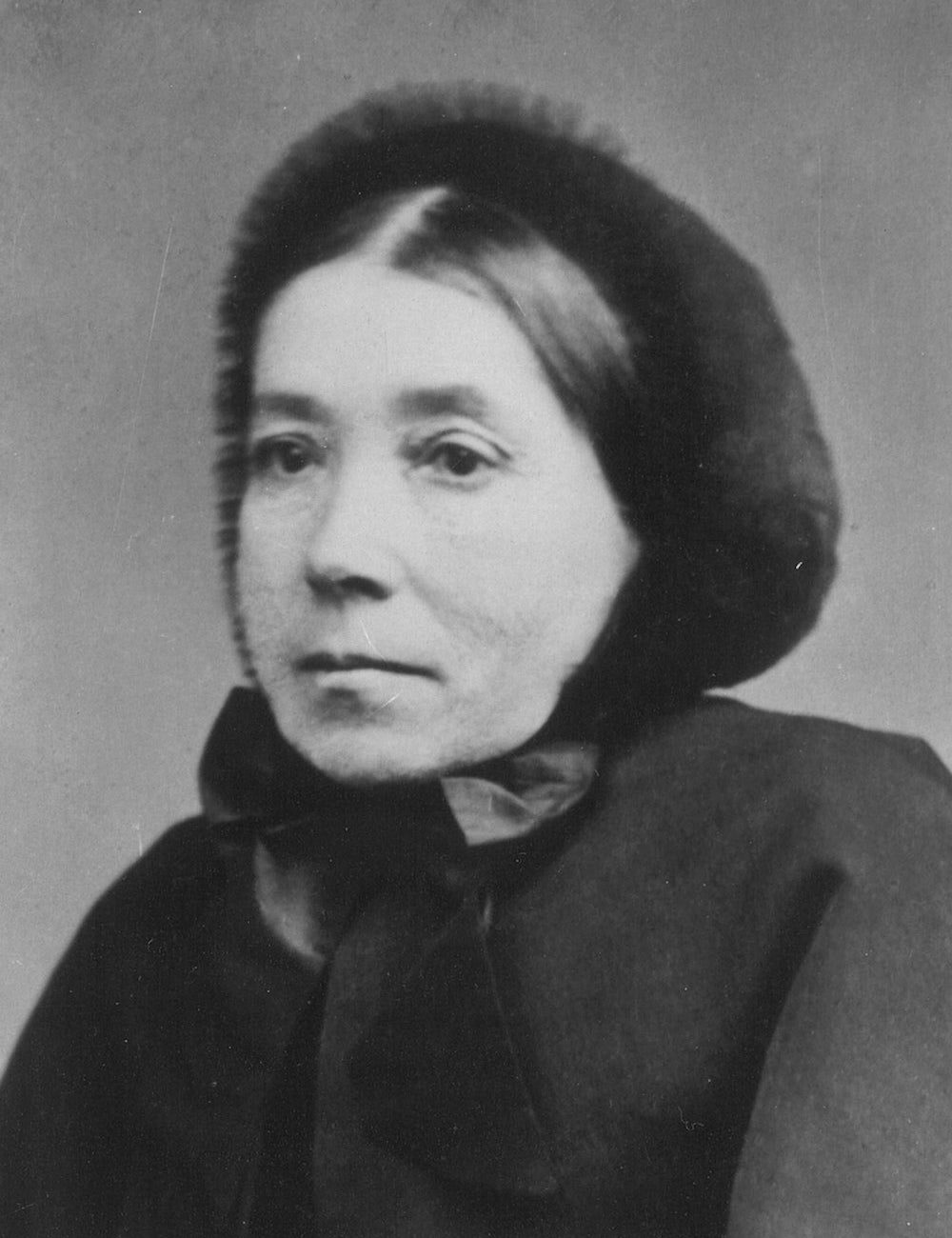 ““When the veil of charity touches the faces of the poor, the face of Jesus is engraved for eternity– Antoinette Fage

Antoinette was born in Paris into a simple working family. Her father
abandoned his wife before Antoinette was born.Following a fall she remained disabled and her growth was stunted, leaving her below average height. An orphan at the age of fourteen she lived with friends of her family and was employed in a sewing workshop. Her background was not particularly Christian, but Antoinette discovered the strength of faith and leaned on God and the Virgin Mary for support.

In 1861 she became directress of an orphanage for adolescent girls. In May of the same year Antoinette met Father Pernet; he needed a person to take charge of a small group of nurses who wished to become religious.

This was the beginning of an adventure that was to last almost twenty years.In 1870, after two changes of address, the Little Sisters of the Assumption found a house in the district of Grenelle, at the time a outlying industrial suburb, which ‘Providence’ destined to be their Mother House.

The Congregation developed quite quickly, in France and elsewhere.
‘France is your cradle, the whole universe is open to you.’ I

From the begining :
the Fraternity-the Laity

A way of life,a path of hope, a  path of freedom, tenderness, faith.

One day a Little Sister, Mother Marie Emmanuel, who was responsible for the mission, spoke of the work in the families. ’We work there to the utmost of our abilities, but our action is necessarily restricted and is limited to the time we spend in the family home.

How can we follow up what has been begun?’ A Sister suggested, ’If we brought the fathers of the families together?’
’That thought has often occurred to me’, replied Fr Pernet. ’I’ll think about it; we must pray for this intention.’ They prayed, and on the 31 July 1881, the first Fraternity came into being – five men gathered together with Fr Pernet.

The Brothers increased in number very quickly and three years later, at their request, the mothers of the families had their own meetings. Much later, gradually over the period 1950 – 1960, the men’s groups and the women’s groups merged, with joint meetings, while the Little Sisters looked after the children.

Today in several countries, groups of lay people and fraternities continue to organize themselves “to drink from this same source” and live from this spirituality. 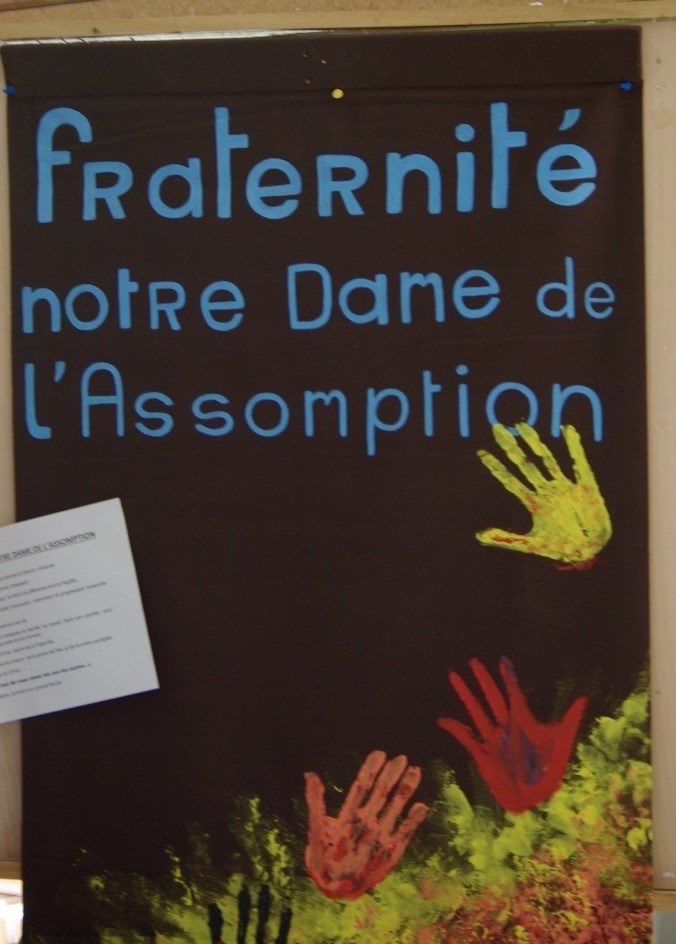 Lay Consecrated Women desiring to follow Jesus Christ by consecrating our laity to him in the conditions of the women of our time. Our spirituality makes us particularly attentive to the smallest, in the concern to work with others, to the construction of a more fraternal and just world in the respect and the dignity of each person.

Where do we come from?

Going beyond the foundation of the L.S.A., Father Pernet , in fidelity to the Spirit and to the needs of the world, created various lay groups. One of them brought together women who were called to follow Jesus Christ without giving up in any way their family or social commitments.

Single women, animated by the spirituality of Fr Pernet, who wished to consecrate themselves in their usual life setting.

The Congregation gave birth in 1953 to the Association, taking up again Fr Pernet’s intuition and meeting the Church’s desire concerning the advancement of the laity.
Each of us stays in her life setting, with her profession, her commitments, her forms of solidarity, taking on our responsibilities. Our life of prayer, which is the indispensable support for our vocation exposed to all storms, is the place where our love for God and for the world meet.